Father Mbaka Behaving Like Infidel – Christian Elders
Prophet Owuor claims he will be murdered in Jerusalem, resurrect after three days
In this Month of February, You will Swim in the Ocean of his Glory Chidi Okoroafor Declares

To most Christians, and preachers included. Eating in a dream is a bad omen, but that is not the case for Pastor Chris Oyakhilome.

Who says there is nothing wrong with this. The founding president of Believers’ Love World Incorporated.

Also known as Christ Embassy, who shared this while responding to a question by newsmen.

When he was asked if one happens to find him/herself eating in the dream. what does it mean or what should one do?

Does it mean the person is possessed like many say something? Please pastor, your answer is needed on this.

The popular preacher, in answering the question said it is important to ignore the story about eating in dreams.

He decided giving dreams a positive interpretation instead. The pastor also backed his answer up with the scriptures.

In certain Christain circles, many believe that eating in your dream is ominous; they associate it with the activities of demons or witchcraft.

The preacher asked, could there possibly be anything wrong with eating in your sleep?

What’s the position of God’s word on the subject?. He started by reviewing Isaiah 29:7-8,

“And the multitude of all the nation that fight against Ariel… shall be as a dream of a night vision.

It shall even be as when a hungry man dreameth, and behold, he eateth, but he awaketh, and his soul is empty.

Or as when a thirsty man dreameth, and behold, he drinketh; but he awaketh, and, behold, he is faint, and his soul hath appetite…”

Pastor Chris went on to encourage people to abandon fear and subject dreams to the word of God.

He further said, If a man eats in his dream and still wake up hungry, it means he really didn’t eat anything.

Therefore this shows there’s nothing to eating in your dream; it’s just the imagination of your spirit.

Satan thrives on the fear and ignorance of people. The pastor went on to say that if you had a dream for example.

And then you’re uncertain about the meaning. Satan could launch an attack against your mind.

By suggesting negative interpretations of the dream. And when such happen, fear might then creep in.

Which ultimately could pave way for demons to have a field day. The problem is not with the dream.

But it is accepting the negative interpretation of the dream brought to you by Satan.

Therefore be smart to always subject your dreams to the word of God. And never accept the lie from Satan.

That eating in your dream is ominous. If you read the Bible carefully, there’s no place Satan gave people food to eat in a dream.

9 About noon the following day as they were on their journey and approaching the city. Peter went up on the roof to pray.

10 He became hungry and wanted something to eat, and while the meal was being prepared, he fell into a trance.

11 He saw heaven opened and something like a large sheet being let down to earth by its four corners.

12 It contained all kinds of four-footed animals, as well as reptiles and birds.

14 “Surely not, Lord!” Peter replied. “I have never eaten anything impure or unclean.”

15 The voice spoke to him a second time, “Do not call anything impure that God has made clean.”

Therefore if you found yourself eating in your dream, don’t be afraid. Just wake up and begin to prophesy to your self.

“I was eating in my dream; therefore I shall always have food and I shall have it plenty.

Never you wake up crying that someone has bewitched you in your dream. For you’re a new creation in Christ Jesus.

And every food you eat is sanctified by the word of God and prayer. Remember no weapon fashioned against you shall prosper, be it in your dream or in real life.

Below is Pastor Chris answer in his own words 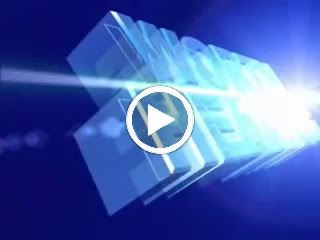 Evangelist Onyekachi Orinya is a preacher of the gospel of our Lord Jesus Christ, A motivational storyteller...

8 Dangers And Negative Effects Of Procrastination: The Thief Of Time

The Wise And Clever King

Put On The Armor Of God

The Invaluable Key To Success (PERSEVERANCE)

8 Silly Mistakes That Can Kill Your Destiny

7 Dangerous Things That Can Hinder Your Prayers From Being Answered

9 Powerful Ways To Break Your Limitations

How To Prepare For The Coming Of Jesus

The Consequences Of Faithlessness

The Message Of The Cross And His Resurrection

When The Best Comes Last

Persistence The Key To Every Success And Fulfillment

5 Benefits Of Jesus’ Death On The Cross: The Costly Ransom

The Wise And Clever King 16

8 Dangers And Negative Effects Of Procrastination: The Thief Of Time 15

The Invaluable Key To Success (PERSEVERANCE) 10

Uchenna And His Blind Father 6

8 Silly Mistakes That Can Kill Your Destiny 6

Put On The Armor Of God 6

Onyekachi Orinya: Thank you Glad and God bless you

Onyekachi Orinya: Thank you Glad for coming around

Onyekachi Orinya: It is Glad thanks for the comment

Glad: perseverance is a strong key to every success

Glad: Good article about the second coming of our Lord Jesus, thank you for sharing.

The Consequences Of Faithlessness 0

The Benefit Of Having The Right Attitude 0

Why You Should Discover Your God Giving Potentials 0

The Conditions For God’s Promises And Covenants 2

Live Above Doubt And Unbelief 0

8 Dangers And Negative Effects Of Procrastination: The Thief Of Time

The Wise And Clever King

There was a Kingdom that changes their king every two years. And any king wh [...]
Read More
Prayer

Put On The Armor Of God

Life is full of trials and challenges of every kind, most times it can be [...]
Read More
Copyright © 2020 Gifted Mouth Hub. All rights reserved. Designed by Prince Akwarandu